While I was in Taiwan, a typhoon was supposed to bash the east coast! Luckily at the last minute the typhoon veered towards the ocean, and I was able to fulfill one of my Asia trip goals: go on a multi-day solo motorbike trip. 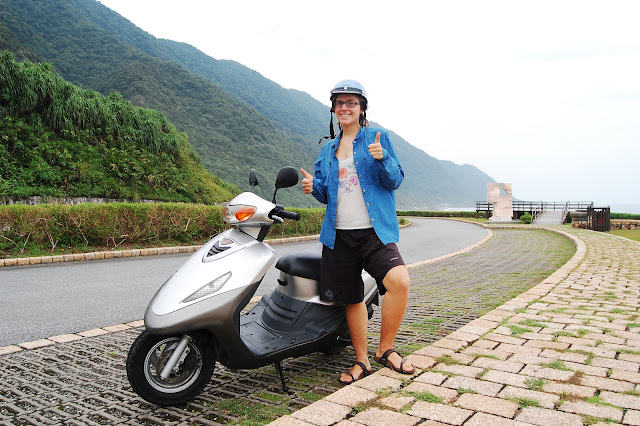 The motorbike cost about $10/day, which is pretty expensive for Asia. But totally worth it. Some require an international drivers licence, but if you ask around at different places, you'll find someone who'll rent to you. 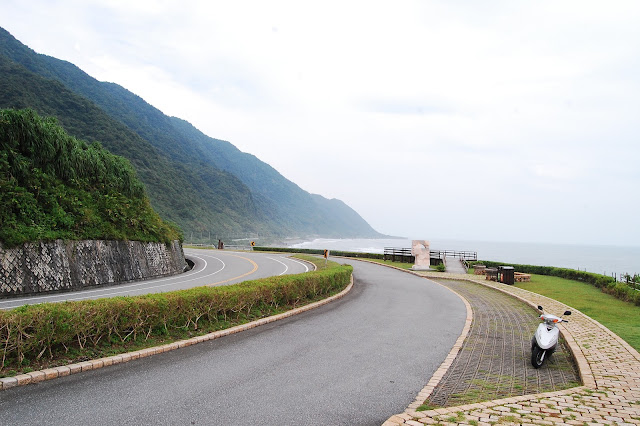 Almost the entire route was wide roads right next to the ocean with a separate motorcycle lane. It never rained, and wasn't unbearably hot. I was pretty lucky. 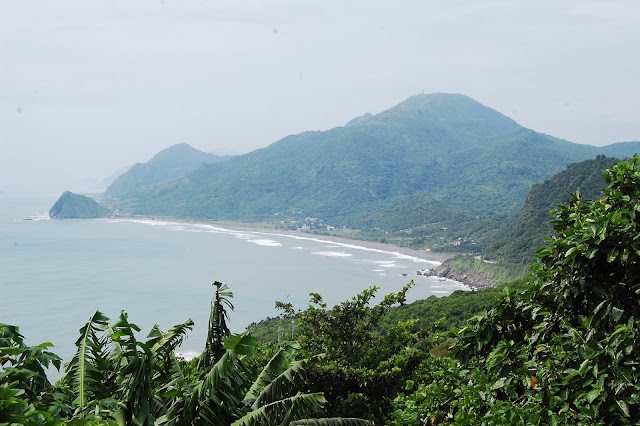 Lots of pretty places to stop, too! 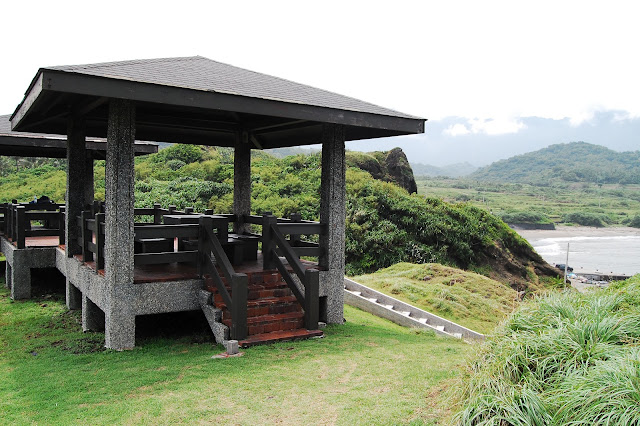 These pagodas are everywhere, perfect for yoga and napping. 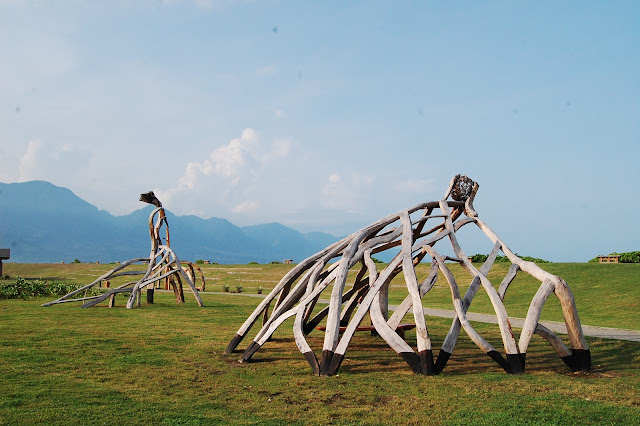 Pretty sculpture park, everything was made out of driftwood. 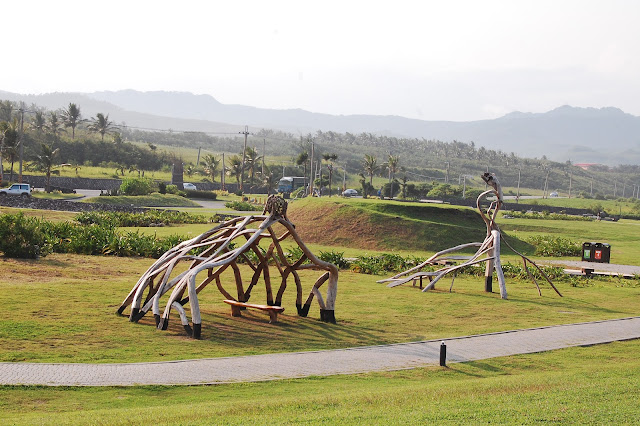 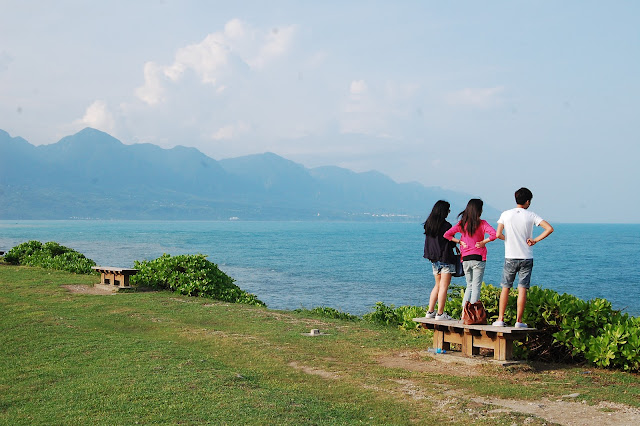 Lots of other travelers admiring the scenery. Most of them were from other parts of Taiwan, but also a lot of Chinese and Japanese tourists. 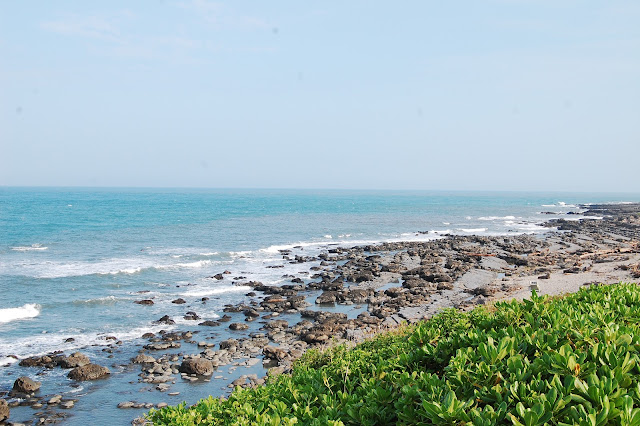 I rode from Hualien to Taidung, which took about 4 or 5 hours, with plenty of time to stop and admire the scenery. Once I reached Taidung, I went to the tourist office, but no one there could speak English. Luckily I had written down the phone number of a youth hostel, so we called there and the owner of the hostel came and picket me up! 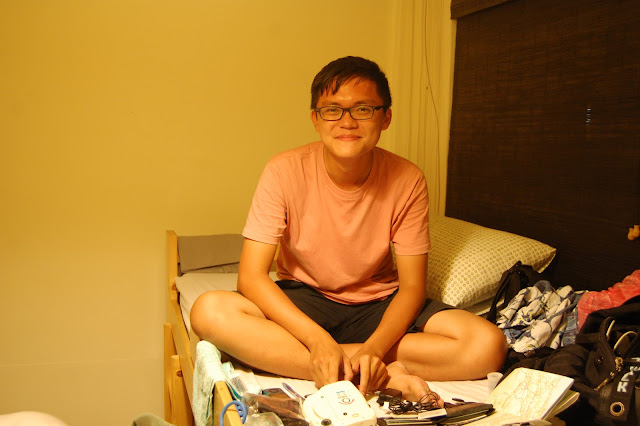 This is my cool roommate in Taidung, who is from a different part of Taiwan, and travelling around the country by train. He has three fancy cameras with him and photographs everyone he meets.
Posted by Amber at 2:30 PM