There are thousands of extremely poor people in Cambodia who live in floating villages along Tonle Sap lake - the largest freshwater lake in Southeast Asia.  I am one of the guilty tourists who paid $20 to see the poor people in their natural habitat.

There's a floating school (with a basketball court!), floating stores and restaurants, and places where they meet to play cards. Most of them have electricity on their boats and it seemed to me like almost all of them had cell phones.

From my limited persective (I only was there for about an hour), their lives seem very difficult and their living conditions squalid (they drink from and defacate in the same river).  In a lot of ways, though, I'm sure they are wiser and know more about a kind of simple, relaxed happiness that is a mystery to my fast-paced, westernized perspective. I'm ashamed to admit that this place is a tourist destination. You take a taxi here from Siem Riep and pay $20 to take a boat around the village. I didn't want to go, but the family from Singapore we explored the temples with were going, so Tessa and I decided to go with them. Its a sick kind of voyeurism, and I felt very uncomfortable about it, peering into these peoples houses and lives while they go about their business. On the other hand, hopefully the people here are benefitting from the money that we spent. But either way I'll never really know. 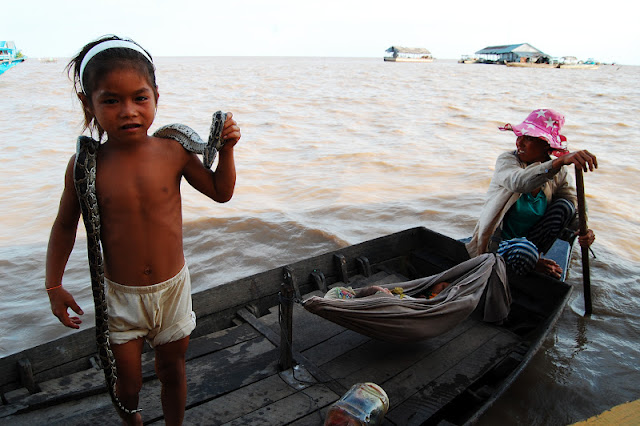 This girl and her mother approached us asking for $1 for a picture. At the time I had this urge to look away, keep my hands in my pockets, and ignore her - but the Singaporean family said that we had to give, there was no other choice. So I gave her $1. We all did. Looking back I should have trusted my instincts, because now I realize that giving ANYTHING to any begging child, whether it be money or toys, no matter how desperate they look, is just encouraging them to stay on the streets. 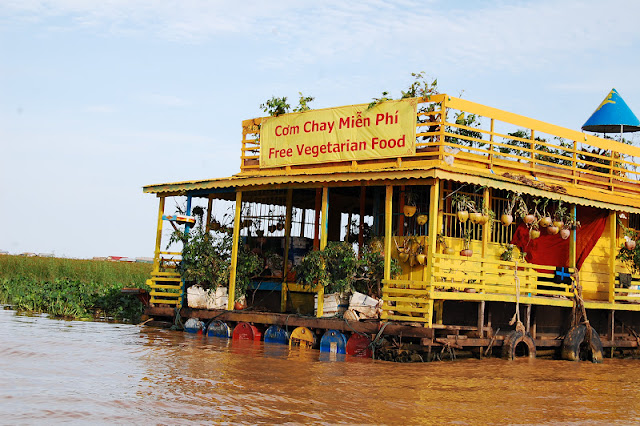 We had the chance to get off the tourboat to see a crocodile museum, visit the school, and go to a restaraunt, but my group was so disgusted and afraid of what we were seeing we all decided to stay on the boat. 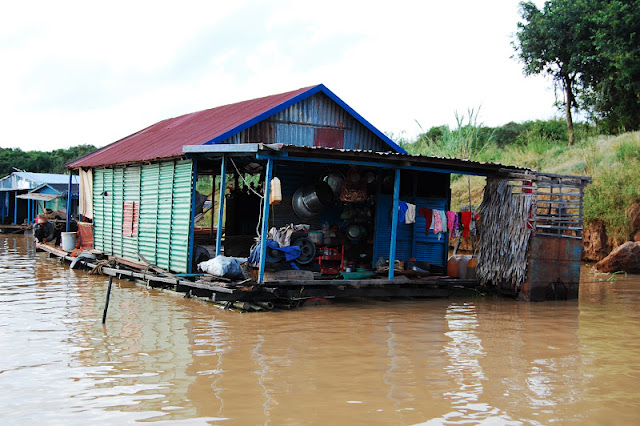 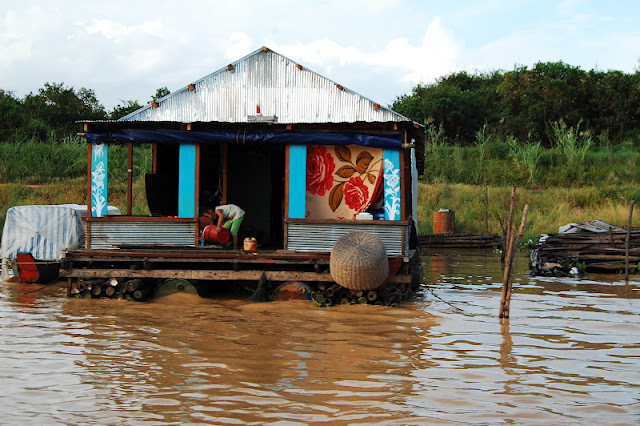 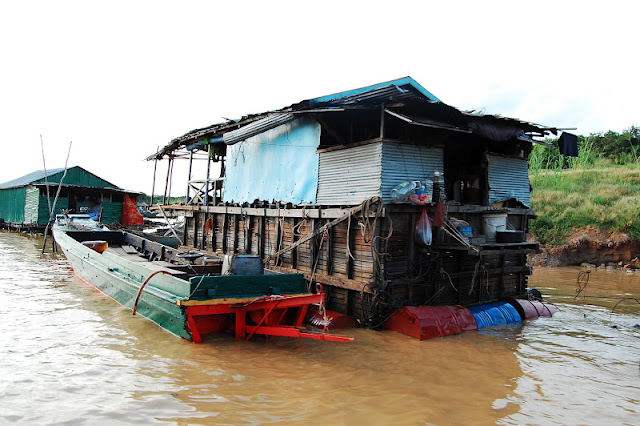 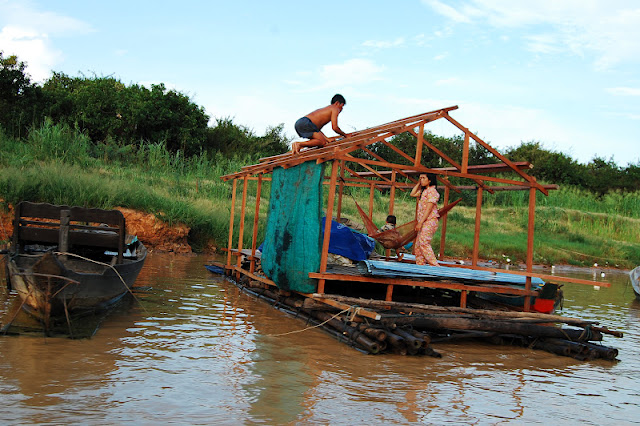 After I saw all of this, I went back to the hotel and cried. I was so overwhelmed with the poverty I had seen.

The next day I talked to a 30-something lady named Renee, traveling alone, who came to the floating village by herself very early in the morning when she was one of the only tourists. She got off the boat at every possible spot, talked to the locals, and came away from her morning with a good attitude. "These people know something I dont," she told me.  Isn't it strange how two people can go to the same place but have completely different ideas about it?

It's been about 2 months since I've seen this. Since then, I've lived in a shack in Way Naam Rin, a tiny Lahu village in rural northern Thailand. I've driven a motorbike around the highlands of Vietnam, close to the border of China, where people work in the rice fields all day. I've seen a bit more of the poverty in Southeast Asia, so now as I look at these pictures and remember my experience, its easier to process. My memories are not clouded by the intense emotional response I initially had.

When I was talking to Tessa about it afterwards, I said: "Who is to say who is luckier? Me or them?" She replied: "You never had to go around on a boat with a snake around your neck begging for money."

I agree with her that I am more privileged than these people. I had a very comfortable and clean childhood surrounded by family and friends who love me. But despite the difference in money and cleanliness, I have no idea how happy any of these people are. And until I learn Khmer and gather up the courage to talk to these people and live their life beside them, I'll never know.

I'm sure that the people in this village have a lot to teach me.
Posted by Amber at 9:38 PM