After Taipei, I flew to Bali, Indonesia to meet up with my boyfriend James. We spent the first few days in Kuta, which is a horrible, horrible place, filled mostly with drunken Australians on a perpetual spring break...  I didn't take out my camera at all there, I was so annoyed with it all.

So we rented a motorbike for 20 days - $2 per day! - and set out to loop around the island. For a few days we wandered up the east coast, staying at guesthouses, eating at roadside warungs (restaraunts.)

A few days into our trip I received an email (we checked every few days at internet cafes, $1 per hour) from a guy named Aaron who asked if we wanted to volunteer teaching English at an after-school program. He reached us through the website helpx.net, which we have been using for the past year to find places to volunteer in exchange for room and board.

We had nothing else to do, so we rode the motorbike to Tianyar, on the north coast of Bali, to meet Aaron and volunteer for the program. 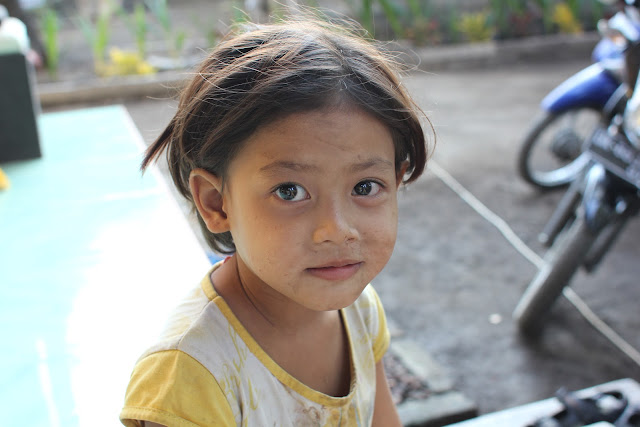 This is a girl who lived in our neighborhood. We lived with Aaron and his wife Lindsey, an American couple who moved to Bali to start a cashew factory. 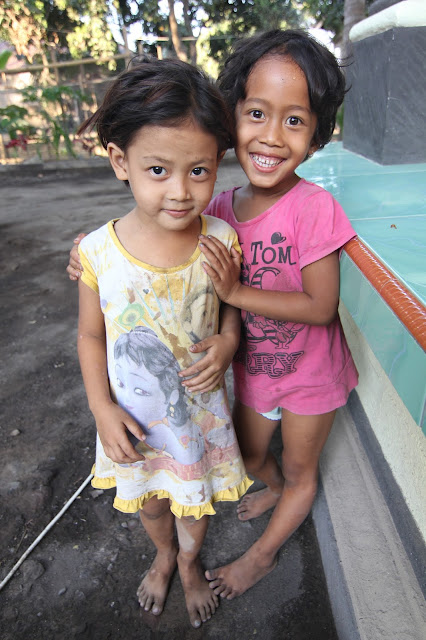 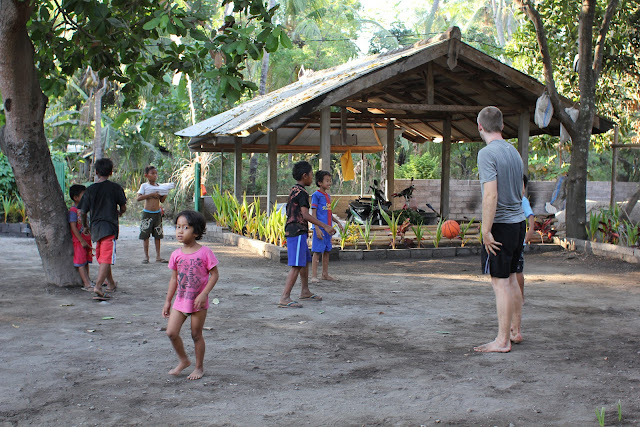 The front yard of the house. The kids came over one day to play. At first it was just a few and then more and more started to trickle in until the whole neighborhood was there. Every day after that some of the boys would come by and ask to play. 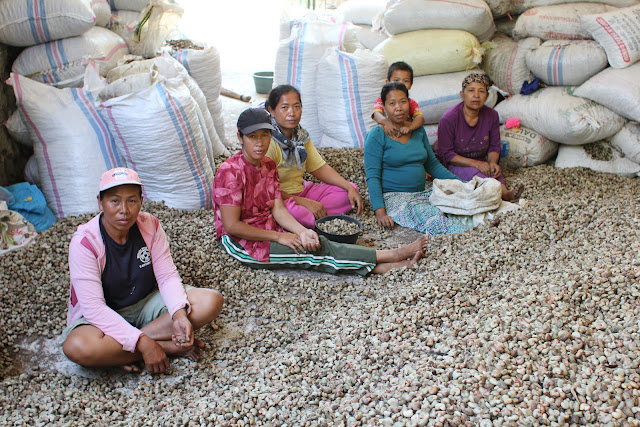 In addition to volunteering at the after-school program, James and I helped Aaron write the content for his cashew website. I went to the factory several times to interview the ladies and see all parts of the cashew process. I'll show you the link once he's put up what we wrote. 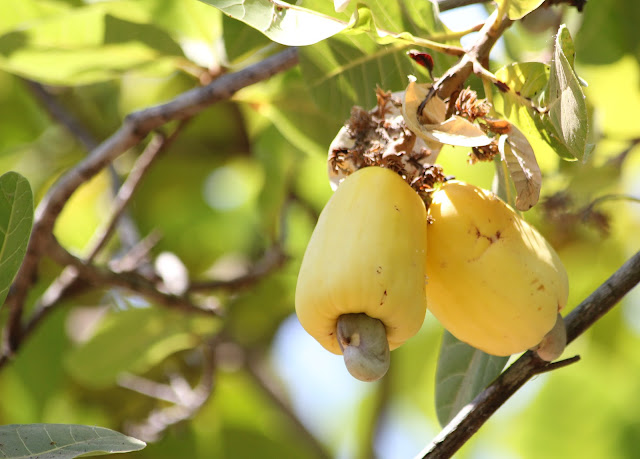 The cashew-friut. In Brazil they eat the fruit, but not in Indonesia. They break off the nut - on the bottom of the fruit, see? Then they dry it, sort it, steam it, open it, and peel it... Lots of time and people involved for every single cashew being processed. 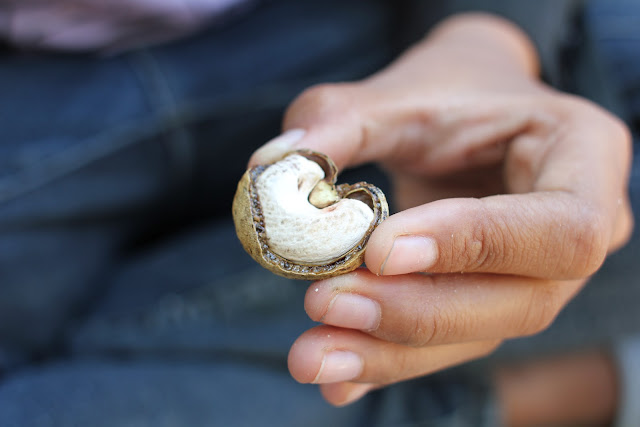 Here it is opened 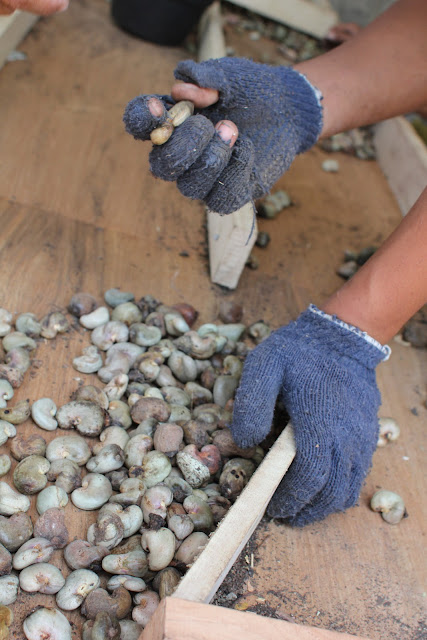 Sorting
Posted by Amber at 7:14 AM