We worked on an organic farm in  Clinton for a week. Known as "the three horse town", Clinton is a tiny 'town' in the center of the South Island with one small store, one gas station, one bar, and a taxidermist. (Random!) Nonetheless, we had a good time meeting all the fun people we were working with! Along with 13 other foreigners, we helped run the farm from 9 to 1 every day in exchange for food and board. 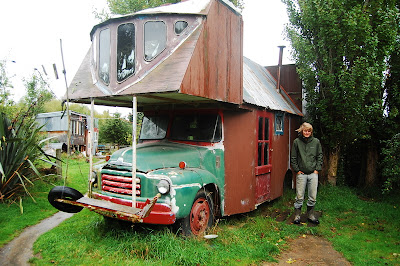 This was our housetruck! We shared it with 3 other people. We slept in the loft on top of the drivers seat. 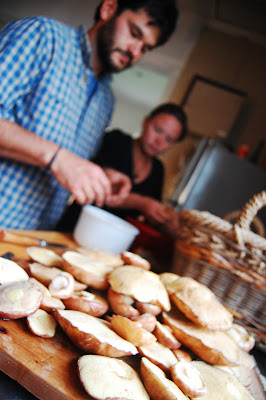 Valentine, French, and Luca. the Italian, making pizza with... 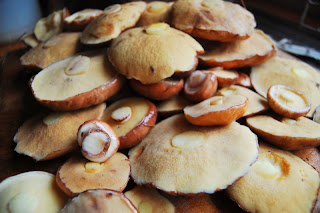 the mushrooms we collected in the forest! (Don't worry, they're not the poisonous kind) 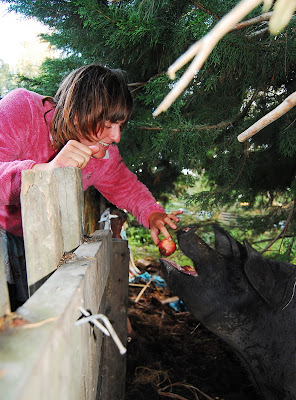 All food waste goes to Bacon the friendly pig! Who is probably bacon by now... :( 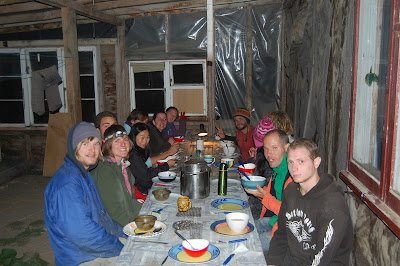 The whole lot of us at dinner time 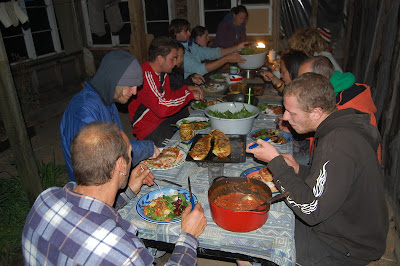 An organic feast every night! 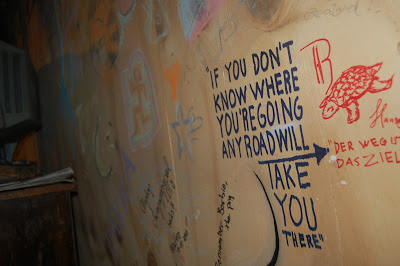 The common room was decorated with grafitti written by the thousands of WOOFers who have passed through here. This farm has been taking helpers for over 10 years. 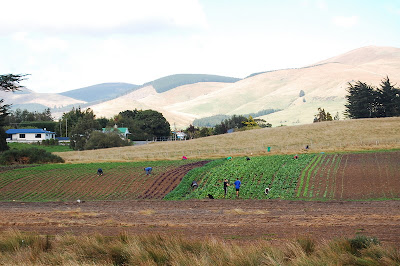 I hiked up the hill to take this picture of everyone weeding, which was our most common task. 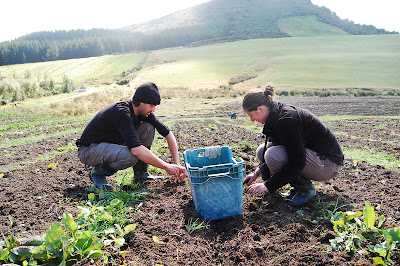 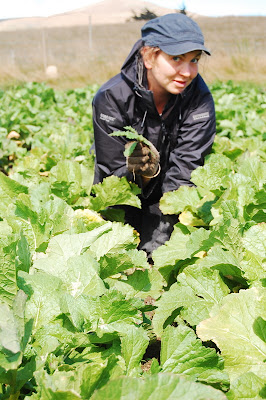 Annalise, one of the Frenchies, weeding 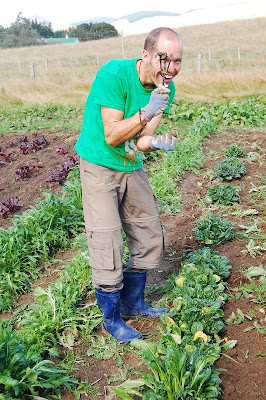 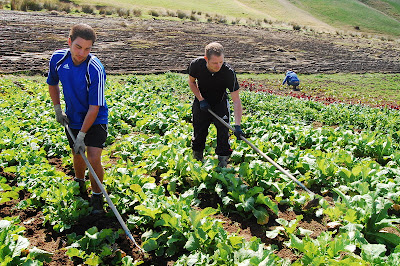 Torsten and Kai, two Germans fresh out of high school, on a trip around New Zealand together 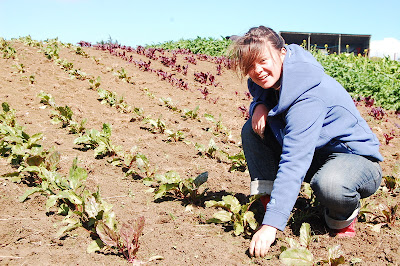 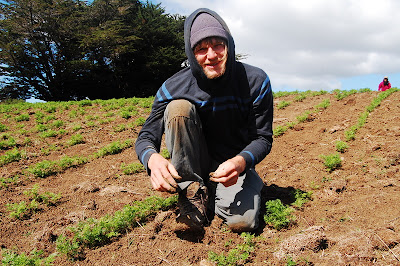 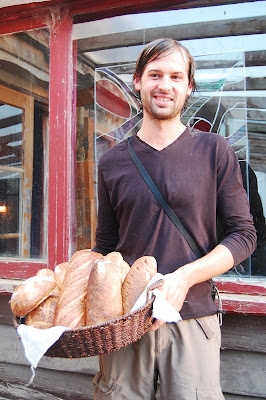 Julian is a french baker! The real deal! 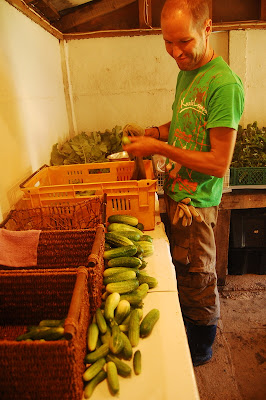 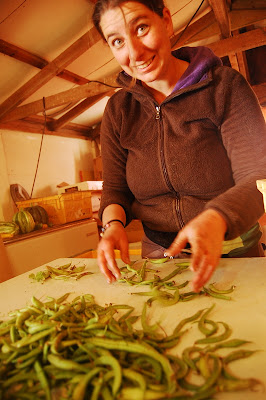 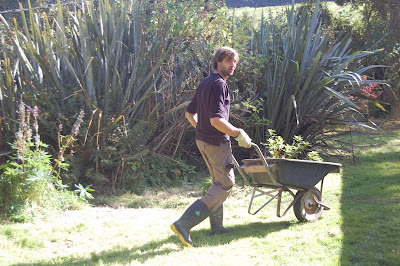 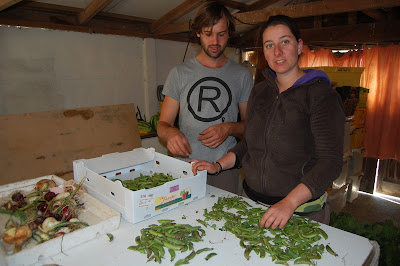 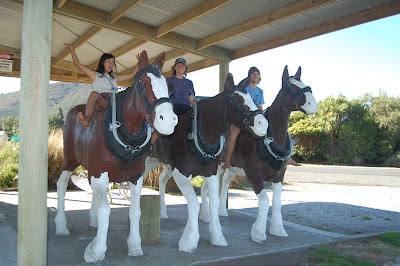 And finally, my favorite thing to do in Clinton (besides weeding): sit on the horse statues and wave to the passing traffic!
Posted by Amber at 2:09 AM