After cold, rainy, expensive Australia (but it was still a lot of fun!) we're having quite a culture shock here in humid, hot, cheap Thailand! We spent a sleepless night at the airport but 12 hours later were enjoying $5 hour-long Thai massages in Chiang Mai. 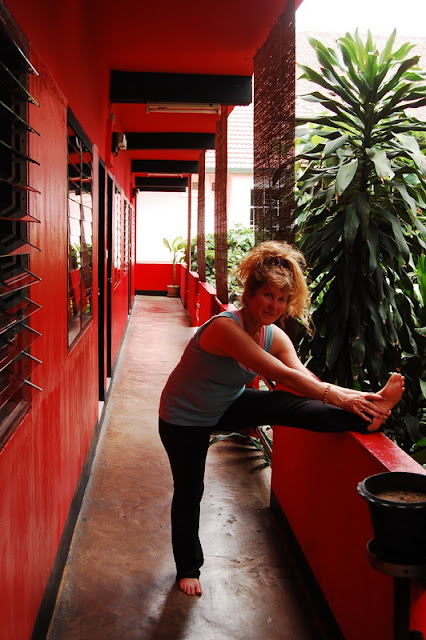 This is at our guesthouse, a relaxed place in a central location with a little outdoor hangout area. It's 450 baht per night for both of us (that's less than $15) for a private room with our own bathroom. 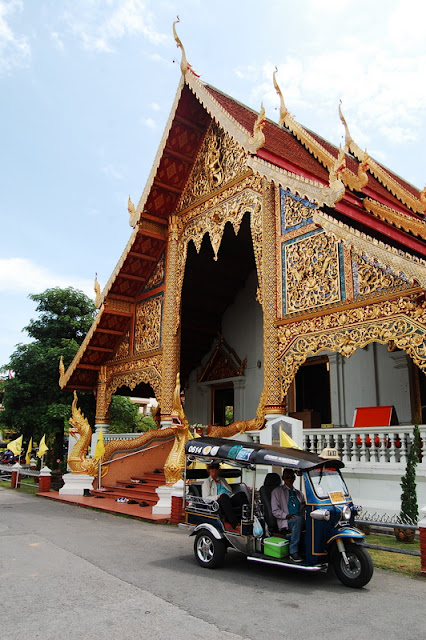 One of the first things we did is hop on a tuktuk (also called rickshaws) and take a tour of the temples! There are dozens in Chiang Mai. 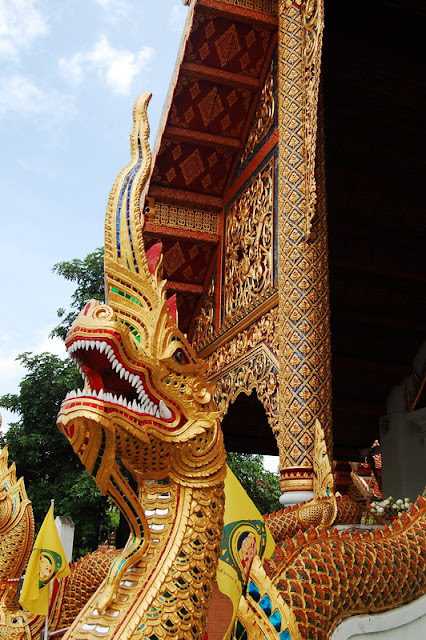 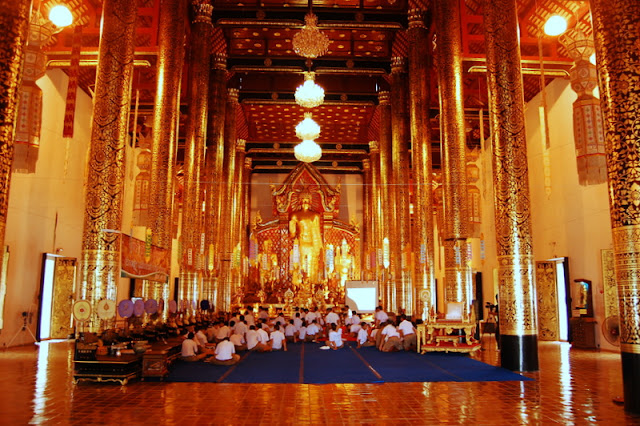 There was a group of schoolkids in here chanting 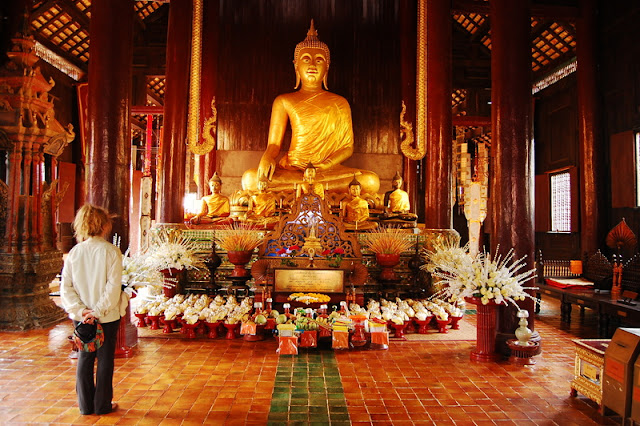 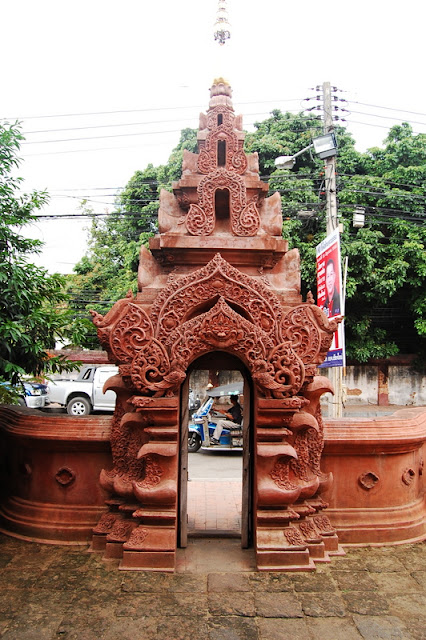 Old meets new: the doorway to the temple is right next to a busy road. There are two main parts of Chiang Mai, the old city and the new city. Surrounded by a crumbling wall, the old city is where most of the temples are. Narrow streets zigzag from temple to guesthouse to cafe to restaurant; all of the locals seem to own a restaurant, guesthouse, rickshaw, tourist office, or market stall.

We also went to the night market, where hundreds of vendors set up their stands from 7pm to midnight and tourists walk around. It was fun but overwhelming; I think the best salespeople are those who ignore you! "Madam, take a look!" is their most common phrase

"The New City" branches out into higher buildings, but still has the same type of layout and feel as the old city but with some wider streets and more traffic. People here drive on motorcycles with no helmets and flipflops; I've seen an 80 year old lady riding one alone, as well as a father and his three kids all on one motorbike! 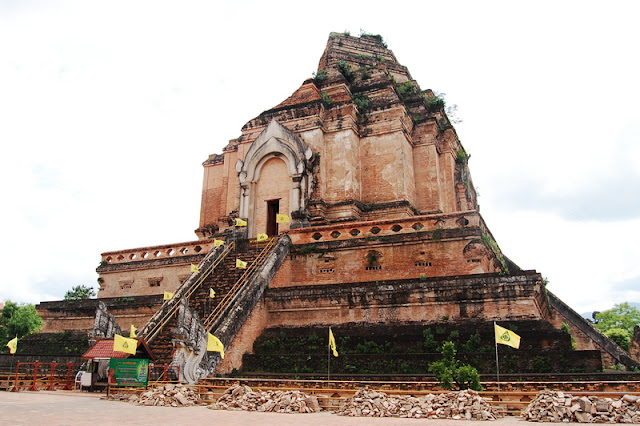 An amazing old temple that is under construction next to the Buddhist school.